Asa Gordon _Exe.Dir. DIG_Chair DCSGP_ECTF_(202) 635-7926
THE UNITED STATES COURT OF APPEALS FOR THE DISTRICT OF COLUMBIA CIRCUIT HAS GRANTED AN EARLY VICTORY TO THE PLAINTIFF IN THE OPENING ROUND OF MOTIONS IN THE DEMOCRATIZING THE ELECTORAL COLLEGE CIVIL ACTION NOW ON APPEAL FROM THE UNITED STATES DISTRICT COURT.
"This is a significant accomplishment in your 'Democratizing the Electoral College Civil Action' ... very significant". This is how Attorneys vacationing in Oak Bluffs & Vineyand Haven, Mass responded to a recent report on the United States Court of Appeals Order of Aug, 13th, 2009 denying the United States Justice Department Motion in behalf of the Vice President for a Summary Affirmance of the District Court's Dismissal Order. The US Appeal's court Order supported the plaintiff's reply motion in opposition. The US Court of Appeals has set a schedule (Sept.-Nov.) for the submission of full briefs in the Civil Action GORDON v BIDEN . The plaintiff was in Oak Bluffs to lecture on A Civil Action to Democratize the Electoral College. See: [ http://www.electors.us]. click on events.
To Book Asa Gordon, pro-se plaintiff in GORDON v BIDEN, for a presentation to your organization on the subject "A Civil Action to Democratize the Electoral College" e-mail a request to: Electorsus@aol.com and also to mapxiv2@aol.com. Include MAP in the subject heading. Outside of the Washington metro area, a round-trip train or airfare with a token honoraria is requested. All Pleadings before the US Courts, Essays, Videos, Green PR's, A sample flyer and brief bio is available at the Mal-Apportionment Penalty (MAP) web site [ http://www.electors.us].
A sample MAP flyer_ http://mapxiv2usc6.free0host.com/MAPFLYER.pdf
A brief Asa bio _ http://www.gp.org/speakers/detail.php?ID=29

Also Reference:
Diane F White FACEBOOK creator and administrator for the cause:
Democratizing the Electoral College
http://apps.facebook.com/causes/343177?m=b317c537
Posted by Unknown at 2:28 AM No comments: 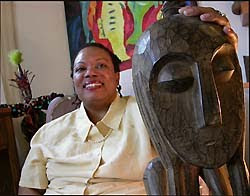 Saturday, we said goodbye to the youngest child of Joseph and Rosemary Kennedy, the brother of John, Robert, Rosemary and Ethel . He alone of all the brothers, "lived to comb gray hair" as the Irish poet said.

Senator Ted Kennedy, a father, brother, husband, uncle and grandfather. A champion to those who had none ,the soul of the democratic party, and very, very, human.
I have told and retold the story of Chappaquiddick,…..and Mary Joe Kopechne. Usually, to buttress my theory that the Kennedy boys, trust fund baby’s, were high class whores. After reading Ted Kennedy’s explanation, I had to give him props for, explaining , a alcohol fueled, booty call attempt, resulting in a tragic loss of life, in a way that allowed him to continue his lifestyle. He didn't do it alone, he had a lot of help, the community , States Attorney, the Judge and the media.
Yes, Kennedy's law license was revoked, but he only received a suspended two-month jail sentence, had he been a Black male from a urban center it might have cost him his life, headlines, " Black man kills white woman", life or the gas chamber, that’s how it usually ends. He would have been given no chance at redemption and at the very least he would have faced a ruined life. While Chappaquiddick did cost Senator Kennedy his shot at the Presidency, he continued to enjoy a life based on privilege and class.
How could someone , with such obvious faults and frailties wind up a powerful member of Congress, a "white knight" advancing the cause of fairness ? Well, being white, rich, well connected and a member of America’s royal family, gives you a head start.
But, Senator Kennedy, turned his life around, reset his compass, he knew his stuff, mastered his material , did his work, practiced principles that afforded him respect from the American people and his colleagues.
In life, his endorsement of the Obama candidacy, bestowed a mantle of respectability, it spoke of great promise. His death pulled President Obama’s chestnuts out of the fire ( for a minute). His funeral gave President Obama a chance to remind people of his connection with that power, the love, the respect we afford the Kennedy’s, (that great soap opera family) and to be seen as heir to a legacy.
I’ll have lots of opportunities to dish on other whorish rich white men, who receive special treatment when they misbehave, there are certainly enough of them . Gov. Sanford , Sen. Larry Craig, Sen. David Vitter, Sen. John Ensign, Rep. Vito Fossella , John Edwards, ( these are some of the ones who got caught) I urge you, follow Senator Kennedy’s expansive example, redeem yourself, there is work to do, causes to espouse, hopes to keep alive and dreams that should not be allowed to die. You have confessed , acknowledged your sins, here is your chance to dedicate your life to social justice as Senator Ted Kennedy did..
Ted Kennedy, told us: 'Individual faults and frailties are no excuse to give in and no exemption from the common obligation to give of ourselves.'
Rest in peace, Ted Kennedy.