CA: On Open Letter to Greens about the Gates controversy from Alex Walker 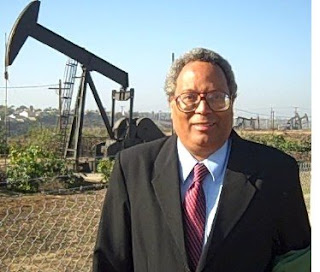 I have not written about the Gates "controversy" on my blog because, frankly, compared to the total breakdown of democratic governance here in California, compared to the story of millions of African-Americans whose lives have been ruined by the "drug war," or even compared to what happened to our own Diane White in Pennsylvania, this incident with Harvard Professor Henry Louis Gates is, frankly, trivial.

I do not think it is a "teaching moment" because it has already degenerated into the predictable soap opera of most mainstream media "conversations" about race. First, "liberals" cry racism. Then, "conservatives" praise the cops. Eventually Somebody is trotted out like poor Rodney King in L.A. to say: "Can't we all get along?" and "conservative" intellectuals get another opportunity to preach about the alleged "pathology" and "paranoia" of "Those People."
Moreover, it grieves me to say this is another example of the intellectual confusion within what's supposed to be "The Left" in the United States. For over a year, "The Left" has complained that Barack Obama has not spoken out about "race" issues. Now "The Left" not only complains that Mr. Obama has spoken out about his friend Skip Gates, we've taken his speaking out as an opportunity to trash Gates and Obama as "house slaves" who think they're better than "real Blacks."
Stanley Fish, brought Prof. Gates to Duke University.20Fish writes a nice little op-ed piece relating a story about what happened when Gates bought a big house in North Carolina: "The message was unmistakable: What was a black man doing living in a place like this?"
Alas, this innocuous statement is parsed for "political correctness" and declared an offensive to Black Women. For Stanley Fish the lesson of this "teaching moment" will be: next time shut up, turn your head, and pretend you don't see like all the other "White folks."
Having said all that, I say that if we deal with this incident at all we should use to strengthen the case for Blacks in the Green Party.
(1) Remind everyone that Cambridge, Massachusetts is a supposedly "ultra-liberal" One-Party Democratic town, as is the entire Boston area. This Officer Crowley evidently went through all the liberal "sensitivity" training and still behaved inappropriately. If Democratic Party "sensitivity" liberalism doesn't work in Cambridge, Massachusetts then it can't work anywhere. This is not surprising to anyone familiar with police-community relations in the Berkeley - Oakland area of California or even in that portion of Mr. Obama's Southside neighborhood around the University of Chicago.
(2) Remind everyone about the case of Boston Green Party City Councilor Chuck Turner, who was entrapped in a petty "sting" operation by the F.B.I. last year. Mr. Turner has been hassled in Cambridge for his o utspoken advocacy of Harvard divestment from companies in Israel. And don't forget that Cynthia McKinney, herself, had a run-in with the Capitol Police while serving as an elected member of Congress. Cops have a problem with all Blacks, but It seems they have a special problem with those expressing "disorderly" political views. I am pleased to note that even some Republican-leaning libertarians have said that if a man can't say "Is this how you treat a Black man in America?" in his own home, then what good is "free speech" in America?
(3) Reach out to Gates? Here is a simple test: submit a no-holds-bared partisan commentary praising Cynthia McKinney, Rosa Clemente, Chuck Turner, Malik Rahim, Cliff Thorton, Asa Gordon, Diane White, and the Green Party to "The Root" and see what happens.
If Gates refuses to publish a no-holds-bared partisan Green commentary (and I suspect he will), then we can say he's just another "liberal" hack. I browsed "The Root" just now and there's nothing up there but the usual tired clichés. If this is going to be a "teaching moment" it should be a moment to teach how our 10 Key Values are superior to tired 40-year-old "liberal" clichés.