Malcolm X & Fatherhood: Lost, Stolen and Found
His Impact On Building Black Fatherhood Today
Tuesday May 19, 2009 • from 6 pm to 9 pm

What would move the Black community to the next level? A modern day Malcolm X, President Barack Obama, or fathers who are committed to nurturing and supporting their families?
Join the Malcolm X Museum as it commemorates the 84th anniversary of Malcolm’s birth by talking with fathers and their children and reflecting on Hajj Malik El Shabazz’s role as a father, son and leader. Free gifts for fathers who attend with their children!
Langston Hughes Auditorium
Schomburg Center for Research in Black Culture,
Malcolm X Boulevard & 135th Street
Harlem, NY

This event is free and open to the public.

—The Malcolm X Museum is Chartered by the NYS.tate Board of Regents—
Posted by Unknown at 6:06 PM No comments:

SEEDS for HAITI: an emergency
campaign to prevent famine in Haiti

SEEDS for HAITI, launched in March 2009, will raise funds to buy bean and corn seeds to prevent post-hurricane famine in Haiti.

The campaign’s immediate goal is to raise $115,000 to buy seeds for 5,000 Haitian peasant farmers for the upcoming agricultural season in April, 2009.

Hundreds of Haitian peasant farmers who lost their entire crops and livestock in last September’s hurricanes are struggling to survive.

Because growing food is the quickest, most nutritious way for Haitian peasant farmers to sustain themselves – and corn and beans grow quickly – Bassin Zim is launching SEEDS for HAITI to provide immediate help for the upcoming growing season (in late April).
Farmers will contribute seeds from their new crops back to SEEDS for HAITI to help establish an ongoing “seed bank” for the future. Read more.
Donate On Line

send a check to:

Seeds@seedsforhaiti.org"
Posted by Unknown at 12:43 AM No comments:

Socialism v. Afrocentricity: Round One! : voxunion.com 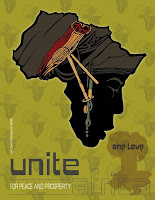 This week’s “redux” includes round one of our great debate. Which way to pan-Africanism: Scientific Socialism or Afrocentricity? Panelists included Rick Tingling-Clemens, Drs. Kmt Shockley and Mark “Hate” Bolden and Ms. Rosa Clemente. Ours was an attempt to update and extend the discussion started by Kwame Ture and Molefi Asante and was most assuredly part one of many more to come!
Download MP3
Posted by Unknown at 2:49 AM No comments:

Rosa Clemente, Green Party Vice Presidential candidate in 2008, will keynote the Maryland Green Party’s Annual Assembly. The full day event, running from a 9:00 AM registration to a 5 PM close, will also feature a panel discussion featuring two elected Greens from Maryland, Dan Robinson of Tacoma Park who won re-election to his seat on the Tacoma Park town council with 67% of the vote, Mike Cornell, who won re-election as River Hill representative on the Columbia Association in Howard County Maryland, and National Political Director Brent McMillan."
Posted by Unknown at 2:29 AM No comments: