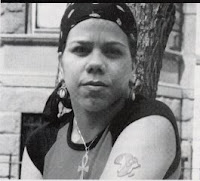 On July 9, the news leaked out that Cynthia McKinney’s choice for the Green Party vice-presidential nomination is Rosa Clemente, 35, of New York. See here for more about her. Zentronix blog says that the McKinney-Clemente ticket would be the first in U.S. history of two women of color. However, in 1992, the New Alliance Party ticket was Lenora Fulani and Maria Elizabeth Munoz. Also in 1996, the Workers World Party ticket was Monica Moorhead and Gloria La Riva.

The Atlanta Journal-Constitution has this article about the McKinney campaign. Even though it was published on July 9, it doesn’t contain the news about Rosa Clemente. Instead it says the announcement about a vice-presidential candidate will come on July 11.

Thanks to IndependentPoliticalReport for the news.

Posted by Unknown at 1:57 PM No comments: